Interview with Jeff Dupuis, Author of “Everything Must Go” 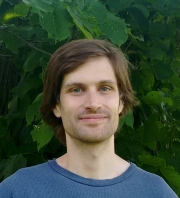 Jeff Dupuis is the author of the e-book Everything Must Go published by Found Press. His poetry, satire and short fiction have appeared in a variety of journals, including The Barnstormer, Valve, Foliate Oak Magazine, After The Pause, The Lapine and Acta Victoriana. Jeff lives in Toronto and haunts baseball games from the intercounty level all the way up to the Majors.

Jeff Dupuis: There is an element of satire in my poetry and in much of my fiction. What I consider purely satire appears in the satirical news website called The Lapine, although I tend to lampoon something in almost all my work. Satire for me is the wall between optimism and cynicism. I try to make light of dark subject matter, or at least find something amusing in sad times. Satire allows me to do that without becoming overly emotional. It allows the reader to draw conclusions for themselves.

Geosi Gyasi: Have any of the satires you’ve written sprouted any unfavorable reviews from critics?

Jeff Dupuis: Nothing I’ve written has been so inflammatory that it has sparked negative criticism. I’m blessed to have good editors that keep me from going too far. I use satire to get readers thinking, not get them angry. Angry people don’t reflect, they reject ideas like the body rejects foreign cells.

Geosi Gyasi: At what period in your life did you discover fiction and poetry?

Jeff Dupuis: As long as I can remember, literature has been part of my life. My parents prioritized books and reading over other activities. They never bought me a Nintendo system or anything like that, so books were my constant companion as a child.

Geosi Gyasi: Do you know why you write?

Jeff Dupuis: I write to connect with people in a deeper and more intimate way than I could otherwise.

Geosi Gyasi: What is your biggest challenge as a writer?

Jeff Dupuis: Pleasing myself. I have a love/hate relationship with my own work. I’d rather read great authors like Denis Johnson and Zadie Smith or watch the next generation of all-stars like Andrew Forbes and Mike Spry redefine the literary landscape. So often I ask why people should care what I have to say?

Geosi Gyasi: Could you tell us how you came to write, “Everything Must Go”?

Jeff Dupuis: The original concept came from a small party my friend’s girlfriend was hosting, one of the guests discussed his addiction to selling his possessions online. It made me reflect on the metamorphosis of a breakup, shedding the life you’ve built with another person and flying solo again. I’m also at that transitional age where my peers are starting to get serious about long-term planning, reassessing whether their current jobs/careers/relationships will sustain them into the future. The story was published by Found Press, which follows an iTunes-style business model, it was the perfect venue to submit this story to.

Geosi Gyasi: Where do you get the inspiration to write?

Jeff Dupuis: Everywhere. My brain is like a computer that absorbs stimulus and repurposes it into writing. As soon as I can couple a scene, a sentence, the flight of a chickadee from one branch to another, with a narrative thread, off I go.

Geosi Gyasi: Where do you often sit to write?

Jeff Dupuis: My couch, my bed or my desk. Sometimes the bus.

Geosi Gyasi: Is it difficult often starting the first line of a poem?

Jeff Dupuis: The first line is the easiest. It usually appears in my mind, then I have to build a poem to support it.

Geosi Gyasi: What is your greatest achievement as a writer?

Jeff Dupuis: A good story that I can reread and not find heavy-handed or sounding too much like me. That’s all I strive for.

Geosi Gyasi: Do you care about “form” when you write?

Jeff Dupuis: I rarely think of form. I’m sort of wild in my writing. Form comes into play in the editing phase, if I need to refine what is there on the page, find a system of organization to make my idea more clear.

Geosi Gyasi: Whom do you write for?

Jeff Dupuis: The perverse imp that lives in my reflection. Writing is an addiction, it makes me both happy and unhappy, but I can’t stop. I’d write even if nobody read my stuff. That said, I’m blessed to have the support I have from those who read everything I write. I hope to keep them happy.

Geosi Gyasi: Have you ever been rejected for your works by editors or publishers?

Jeff Dupuis: All the time. There was a year when everything I wrote was published, but that’s rare. Rejection is part of the game. There’s no shame in it. Any art form appeals to particular tastes, the challenge is to find where one’s art fits in. It’s like baseball, you can’t worry about your last strike out every time you’re at bat, you just have to keep trying.

Geosi Gyasi: Does your family approve of your writing?

Jeff Dupuis: For the most part they approve. Sometimes I touch on sensitive subjects relating to my family relationships, but I think they’ve learned to live with it.

Geosi Gyasi: Is it true that to become a great writer, you ought to have talent?

Jeff Dupuis: When I become a great writer, I’ll let you know. I’m not sure I know what talent is, I’m not sure I have it. Hard work and willingness to change and improve is what is most important.

Jeff Dupuis: I’ve been writing since I was a small child, so I don’t remember all the stories and poems I wrote back then. I was ten when my first piece was published in a daily newspaper. It was a poetry contest for children. I was second place. That taught me a lot about both placing in the top three but not winning first.

Geosi Gyasi: Do you continue to live and work in Toronto?  Could you tell us about the literary scene in Toronto?

Jeff Dupuis: I’m still here. Toronto is a great city to live and write in. It’s the home of large and small presses, so there are readings happening all the time. We also have our share of literary festivals and a great university that produces fantastic writers.

Jeff Dupuis: I wanted to write about the artifice of the American dream. The United States is an odd mix of prudishness and sexualization. It’s also a hub of opportunity but also oppression. Those contradictions seem so clear living in Canada.

Geosi Gyasi: What is the best poem you’ve ever written?

Jeff Dupuis: I wrote a poem called “Monkey Business” that was published in the University College Review, 2010. It was about the similarity between us and the animals we so often think are beneath us.

Geosi Gyasi: Are you still madly in love with baseball and do you continue to daydream to become a world-class athlete?

Jeff Dupuis: I love baseball, I always will. I get that from my dad. I’ve recently joined a kickboxing gym and I’m struggling with the idea of competing. I’m too old to become a world class athlete, but there’s something in me that is driven to test myself, to better understand my physical limitations and the effect they have on my character. It’s easy to be gracious and kind at the dinner table. It’s after five rounds of hard-sparring, when a talented young athlete beats you bloody, that you see what you’re really like. Do you pout, get upset or do you touch gloves with the man and say “good job?” Or is it both? Writing and athleticism have always been closely related in my mind. They both require endurance and the desire to work harder at self-improvement.

This entry was posted on Friday, July 10th, 2015 at 12:29 pm and is filed under Uncategorized. You can follow any responses to this entry through the RSS 2.0 feed. You can leave a response, or trackback from your own site.