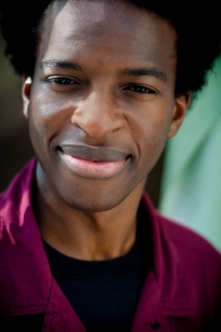 Kayo Chingonyi is a Fellow of the Complete Works programme for diversity and quality in British poetry. He is the author of two pamphlets, Some Bright Elegance (Salt, 2012) and The Colour of James Brown’s Scream (APBF/Akashic, 2016). Kayo has been invited to read from his work around the world and his poems have been translated into Spanish, German and Swedish. He was awarded the 2012 Geoffrey Dearmer Prize and served as Associate Poet at the Institute of Contemporary Arts from Autumn 2015 to Spring 2016. His first full-length collection, Kumukanda, is forthcoming from Chatto & Windus.

Geosi Gyasi: How did it all start for you as a poet?

Kayo Chingonyi: In primary school when I was 9 or 10 my teacher asked us to write poems about winter. I wrote a terrible poem that survives to this day reminding me of how far I’ve come.

Geosi Gyasi: Do you mind telling me more about this “terrible” poem?

Kayo Chingonyi: I don’t think there is any value in sharing poems I know to be bad with other people.

Geosi Gyasi: On winning the 2012 Geoffrey Dearmer Prize, judge Jane Draycott said that your imagery is a “…series of small doors opening onto a whole house echoing with harmonic play and set with delicate rhythmic trip wires.” Do you agree with her?

Kayo Chingonyi: I take those remarks as a compliment and feel grateful to have been read so closely. I try to live up to writing in the manner that Jane Draycott describes. Sometimes I succeed, sometimes I don’t.

Geosi Gyasi: Does it worry you when you’re not able to live up to the “nice” things critics say about your poetry?

Kayo Chingonyi: It only really troubles me when I don’t meet my own expectations, which is quite often. I think writing is an endless cycle of self- confidence and self doubt.

Geosi Gyasi: You were shortlisted for the inaugural Brunel University African Poetry Prize. What specifically encouraged you to submit again to this year’s prize?

Kayo Chingonyi: It’s the final year in which I’m eligible.

Geosi Gyasi: How did you come about the ten poems entered into this year’s prize?

Kayo Chingonyi: I don’t know except to say that my poems are made incrementally; sometimes over weeks, sometimes months, occasionally years. They often start with a single word or phrase that has insinuated itself into my mind and my work is to find out why.

Geosi Gyasi: So what actually influenced your choices for the ten poems submitted?

Kayo Chingonyi: I chose poems that I was happy with that I haven’t entered to the competition before. That’s about it.

Geosi Gyasi: Do you care to say something about Stephen McCarthy and Todd Bracey whom you wrote your poem, “The Colour of James Browns’s Scream” for?

Kayo Chingonyi: When I told my friend Karen that I was writing about Larry Levan she told me to speak to her brother and his friend about the times they spent in the nightclub where Levan was resident DJ. I duly asked them some questions about the Paradise Garage and their answers inform the atmosphere of the poem.

Geosi Gyasi: Does it worry you when you’re not able to live up to the “nice” things critics say about your poetry?

Kayo Chingonyi: It only really troubles me when I don’t meet my own expectations, which is quite often. I think writing is an endless cycle of self- confidence and self doubt.

Geosi Gyasi: Are you expecting to win the Brunel International African Poetry Prize this time around?

Kayo Chingonyi: No, I’m not. If the judges see fit to award me the prize I will be glad but I don’t expect that.

Geosi Gyasi: Do you have any favorite/s among the shortlisted poets?

Kayo Chingonyi: I think Nick Makoha has something special and will contribute a lot to world literature. Kechi Nomu, Leila Chatti, and Romeo Oriogun struck me on first reading but I’m very much looking forward to knowing the work of all my fellow shortlisted poets better (Nick Makoha is the only poet among them whose work I know well enough to comment on in a meaningful way).

Geosi Gyasi: What were you really referring to in the lines:

“blue shameless blackness that is

consigned now to another life”

Kayo Chingonyi: The poem says it better than I could.

Geosi Gyasi: Sure, but you would do me a great favor were you to comment on “shameless blackness” as against “another life”?

Kayo Chingonyi: I don’t think any further comment is necessary. When I said it is in the poem I meant that.

Geosi Gyasi: All right! Briefly describe what readers are to expect from your forthcoming first full-length collection, Kumukanda (Chatto & Windus)?

Kayo Chingonyi: The heart of the book is an exploration of how we perform our identities, how self-identification is a kind of dance. There is love in the book, and joy, and sorrow, and music.

Geosi Gyasi: Tell me about your relationship with Zambia?

Kayo Chingonyi: Zambia is a place I think of as home though it has not been my home for most of my life. It is a place that I will keep coming back to one way or another.

Geosi Gyasi: So how often do you really visit Zambia?

Kayo Chingonyi: I was there in January for the first time in a long time. I hope to visit more in future.

This entry was posted on Tuesday, April 18th, 2017 at 7:38 am and is filed under Uncategorized. You can follow any responses to this entry through the RSS 2.0 feed. You can leave a response, or trackback from your own site.